NADILÉ, IN THE FIRST LINE AGAINST VIOLENCE AGAINST WOMEN IN GUINEA-BISSAU

In three years, Mani Tese has recorded more than 80 cases of gender-based violence in the 38 communities where it works. Only 2 of these went to trial. Nadilè is committed every day to counter the phenomenon.

In November Mani Tese joined the world campaign of “16 days of activism against gender violence” in Guinea-Bissau. During this occasion, we asked our collaborator Nadilé, engaged in combating violence against women, to tell us her story.

Nadilé Garcia Baticã is 28 years old and is a protection assistant in the project “Integration of asylum seekers and Senegalese refugees” co-financed by the United Nations High Commissioner for Refugees (UNHCR).

I started to get interested in the issue of women’s rights as a militant in the National Network of Youth Associations (RENAJ), a structure created for the coordination and support of Guinea-Bissau youth associations. At the time, I held the position of head of the department for the promotion of gender equality by promoting activities in favor of girls. Today, as a volunteer, I hold the position of chairman of the Renaj Assembly table. Although there are laws in force in this area, the situation in Guinea-Bissau is the same as in many other countries where women’s rights are violated on a daily basis.

With Mani Tese, in the Cacheu region, we work with communities to try to reduce cases of gender-based violence by promoting awareness-raising activities on the factors that cause violence, its consequences and how to avoid it to build a peaceful and free community from abuse. In the project we also develop awareness-raising activities in schools aimed at minors on gender-based violence, children’s rights and the promotion of human rights values ​​in the school environment. In the 3 years of the project, Mani Tese has registered, in the 38 villages of the Cacheu region where it works, more than 80 cases of gender-based violence, most of which are cases of domestic violence.

There have been several cases of psychological and economic violence, sexual violence and forced marriages. The shocking thing, for us who try to sensitize people to the complaint according to the laws in force in the country, is that only following two of these cases there has been a regular legal process.

Recourse to justice for acts of domestic and gender-based violence is an aspect on which my country still has to work in order to give the victims just dignity. 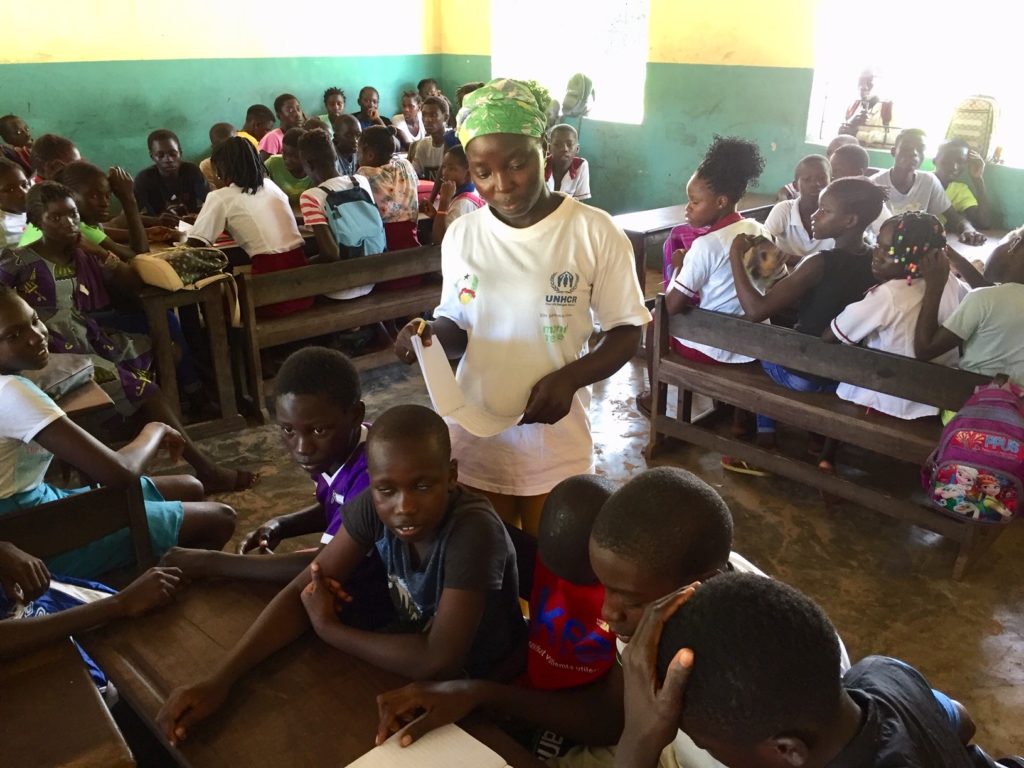 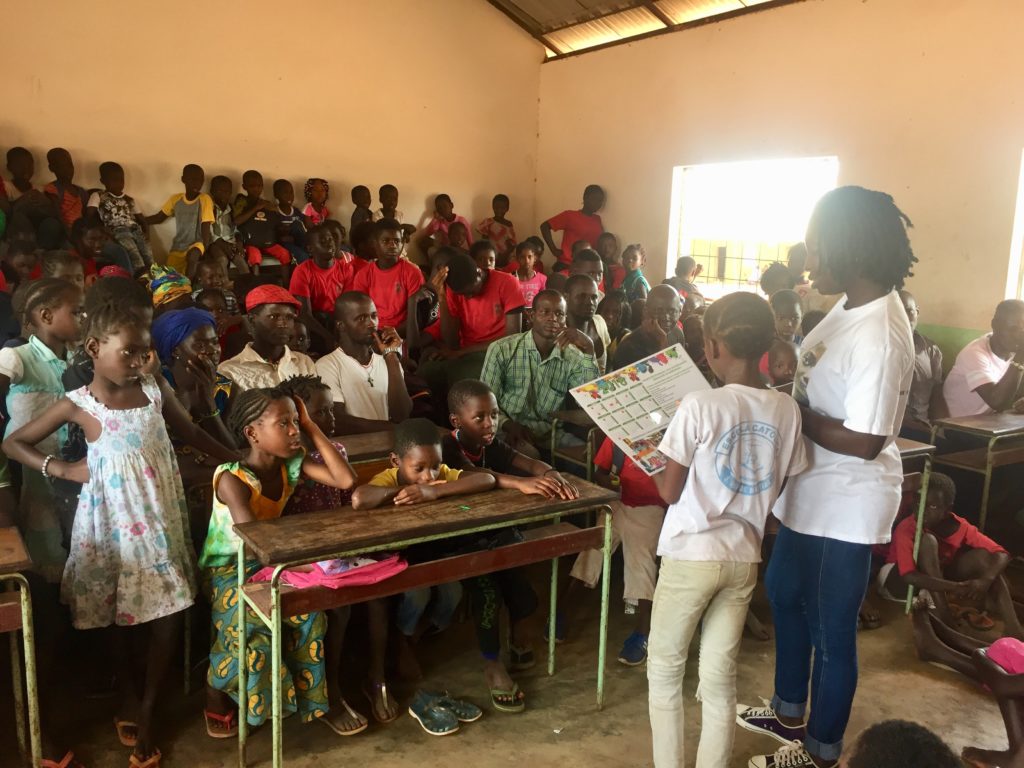 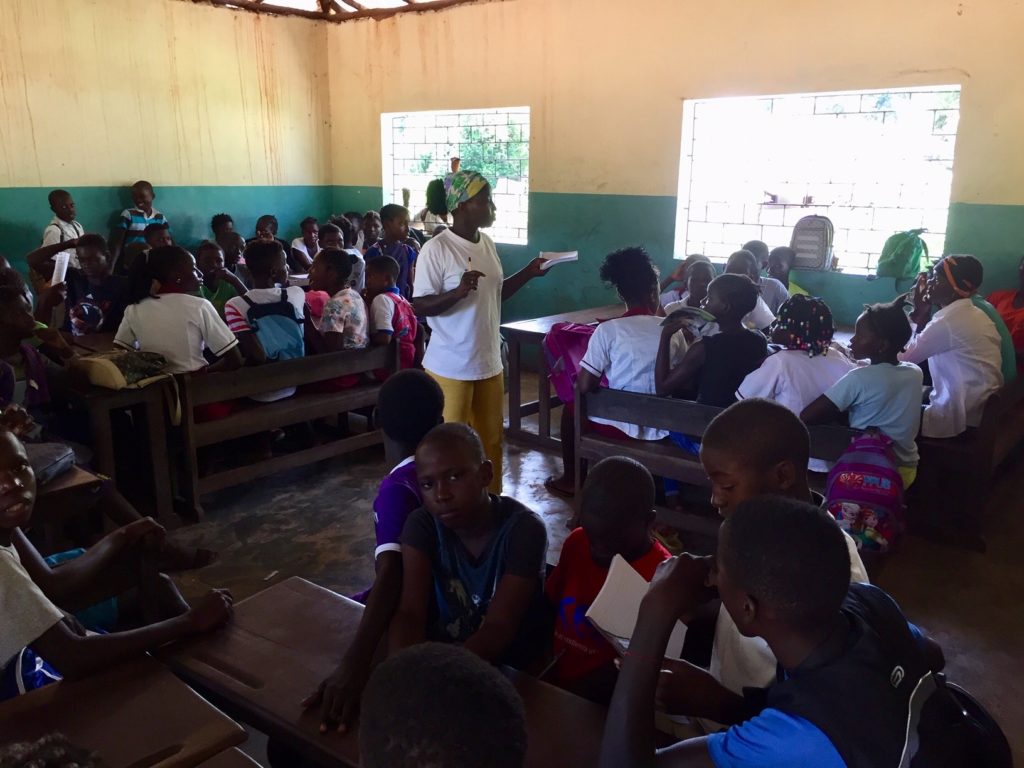 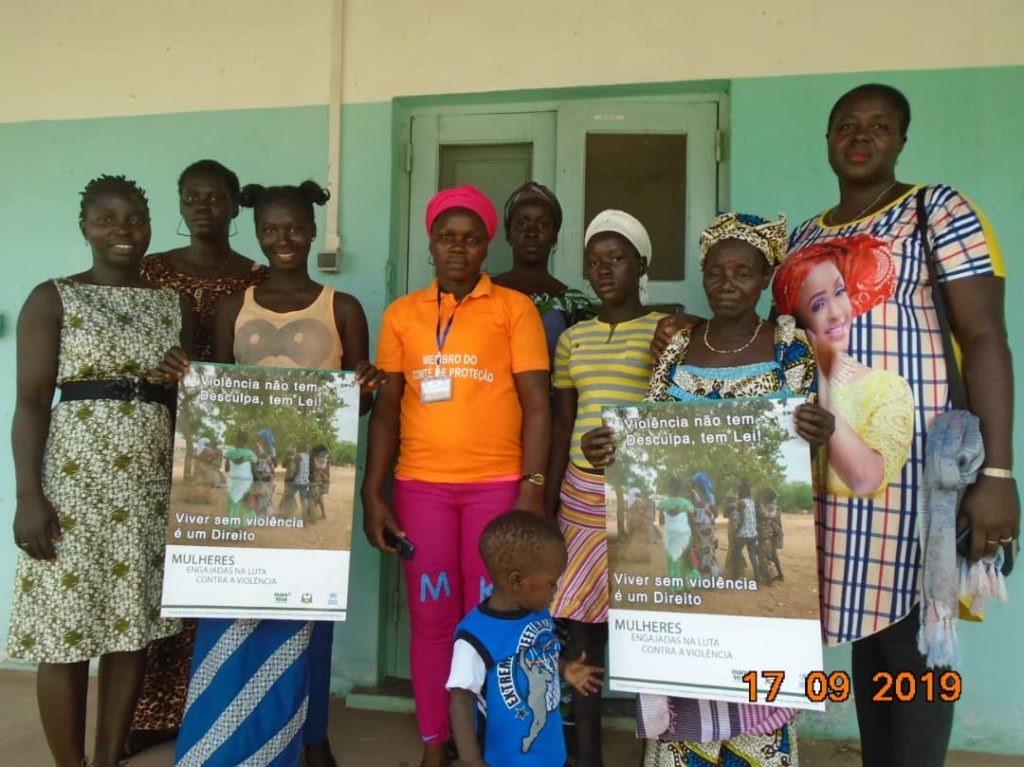 As an empathic woman towards victims of violence, I still think that the interest of the victims is not only legal action but also a help in their emotional, psychological and social recovery. Although there are no programs for the support and protection of victims in the country, Mani Tese, through this and other projects, in fact tries to give support, accompaniment and hope to these women by organizing, among other things, meetings in collaboration with social workers of the hospitals of São Domingos and Canchungo. Violence is not fought only with the creation of laws, but with a whole series of actions aimed at raising awareness and collective awareness of the phenomenon, which can lead to a change in mentality and behavior to achieve true gender equality.

Violence affects women and girls not only in the family but also in the workplace, at school, in politics… It is a systemic practice widespread in all areas of life. For this reason, the awareness-raising activity we promote is aimed at women, children but above all men who are often the perpetrators of the abuses. The phrase that I often hear from the women and girls we help is this: “If I report my husband, how is it that I can then go home?“. In addition to violence, these women also suffer the powerlessness of being able to do what is right because society imposes on them the burden of family humiliation in the act of reporting. This is why women’s emancipation becomes necessary and imperative. With my small contribution, I will always work so that this change of mentality can be the future of my country “.

THE IMPLICATIONS OF THE RUSSIAN-UKRAINIAN WAR IN KENYA