Despite the economic expansion that has characterized Mozambique in recent years, the country continues to occupy low positions in the Human Development Index, ranking 180th out of a total of 188 countries (UNDP, 2017).

The province of Zambezia is one of the poorest in Mozambique: data from the World Bank of 2016 estimate that 70% of the population of this province is below the poverty line and that in this province, and in that of Nampula, they are residents half (48%) of the country’s poor.

The province of Zambezia in recent years has in fact suffered particularly from the consequences of climate change and in particular from lack of rain, to which are added unsustainable and poorly efficient farming and farming practices, which contribute to the degradation of the already fragile territory.

The project will take place in the city of Quelimane which takes its name from the Swahili term of the same name which means “mountain”, as it is said that its first inhabitants came from Mount Limani. It now has about 400,000 inhabitants with a strong recent increase, just think that in the last 13 years the population has doubled.

Such a rapid development, in a context characterized by many and significant problems, has led to new challenges to be faced, such as those of the local market FAEZ (Fair of Economic Activities of Zambezia), now 40 years old and with major hygienic problems. sewerage and logistics for the loading and unloading of goods.

Province of Zambezia, municipality of Quelimane

The project aims to contribute to a sustainable and COVID-free urban regeneration of the city of Quelimane through the requalification of the FAEZ municipal market and exchanges of experiences and good practices between the Emilia-Romagna Region and the province of Zambezia.

Province of Zambezia, municipality of Quelimane,

There are three main activities, two that will take place in Quelimane in Mozambique and a third in Emilia Romagna:

Redevelopment of the FAEZ municipal market. A first phase of information gathering between the various stakeholders, in particular sellers and customers, will be envisaged, and subsequently a redevelopment plan will be drawn up which will also take into account the exchanges and suggestions that will be activated with the officials of the Emilia Romagna region. The management, sanitation and hygiene aspects will be taken care of, with attention to the anti-COVID regulations with targeted infrastructural interventions. The possibility of accessing the market for local producers who adopt agroecological production techniques will be favored. A training course is also provided for sellers on market management, hygiene and COVID prevention. Finally, the market will become a venue for events, training and entertainment for children and adults as well as sales.
Training and capacity building on sustainable urban regeneration and COVID 19 prevention. The activity complements and complements the one described above. We want to promote programs and public policies that promote urban regeneration starting from the markets and taking into account the pandemic in progress. Training courses are planned that will also involve some members of the commissions of the other markets for an update on their management and COVID-19 prevention in order to have a common plan; training courses to promote the sale of local and healthy products within the FAEZ market, exchange meetings between officials of the Municipality of Quelimane, the Municipality of Reggio Emilia and the Emilia Romagna Region on the themes of the project.
In Emilia Romagna, the social garden managed by Mani Tese in Finale Emilia (MO) will be strengthened, also taking care of the insertion of asylum seekers and people with disabilities and creating a laboratory for the sustainable sale of products. Furthermore, a series of events on the themes of the project will be organized both in Finale Emilia and in Reggio Emilia with the involvement of the institutions and the population

My name is Erica Beuzer. I graduated in Psychology at the University of Padua when passion for anthropology in Italy could only be expressed by picking a couple of subjects from different faculties. That’s how my dissertation led me to the first longed-for experience in the world, anthropology applied to cooperation in the field of […]

Participate in the purchase of equipment and materials for the market 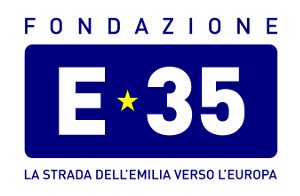