The condition of women in Guinea-Bissau
Guinea-Bissau, where Mani Tese has been present since 1979, is one of the poorest countries in the world: it occupies 178th place, out of a total of 188, in the Human Development Index.

In a context of extreme poverty, essentially caused by a lack of work and resources, the condition of women is severely penalized and violence of all kinds against women and girls is on the agenda. In 2018, Guinea-Bissau also ranked 178th in the Gender Inequality Index.

Guinea-Bissau’s society is patriarchal and historically indifferent to the protection of women’s rights and needs, although the well-being and economic progress of entire communities depend almost exclusively on women’s work. From an early age, girls are limited in their ability to express their potential and acquire the tools that would enable them to emerge from a state of oppressive poverty. Compared to men, women have very limited access to health services, less access to educational services, reduced income, a higher unemployment rate and greater difficulties in fighting poverty.

Women are often victims of violence with very little legal protection. The percentage of women and girls victims of female genital mutilation is still particularly high: as reported by UNICEF 2020, 29% of girls between the ages of 0 and 14 and 44% of women between 15 and 49 have undergone female genitals mutilation.

The Manigolde social tailoring
In 2019 in Italy, the Social Promotion Association Mani Tese Finale Emilia launched the Manigolde project. A social tailoring that is the expression of a circular, inclusive and integration economy created with the aim of promoting social and work inclusion actions for people with disabilities, difficulties and frailty. The production is divided into two lines: the Rimani line, in which the garments are made through the re-fashion process by re-evaluating already existing garments that have defects and the Emani line, in which the garments are entirely made in tailoring through the upcycling process of fabrics and accessories in the clothing industry.

Production management is achieved thanks to the availability of fifteen volunteers, an educator and two job placements.

SEWING THE FUTURE: THE THREAD THAT JOINS ITALY AND GUINEA-BISSAU

MENDING THE FUTURE: AN EXHIBITION AT THE “SPACE F” OF THE MODENA FOUNDATION

The project intends to foster the socio-economic autonomy of vulnerable girls and women in Guinea-Bissau thanks to their tailoring training and the strengthening of the social tailoring in the Antula district in Bissau for the production of masks and dresses.

It also intends to raise awareness on the issue also in Italy, in the Modena area, through the implementation of similar activities, with particular attention to ethical and sustainable fashion.

Sartorial training
The girls and women victims of violence welcomed in the Bissau Reception Center in February and March 2020 participated in a tailoring course funded by the Embassy of the Netherlands and acquired the first rudiments for the manufacture of bags, clothes and shoes. To ensure continuity with this activity, a new 6-month course held by the head of tailoring RENASCER ALFAIATARIA of Antula will be organized. The project partner AMIC will be in charge of selling the products and creating a small fund for the Center itself. Women will also learn to draw up simple business plans to create a savings plan useful for their reintegration into society. In this regard, in particular, a mini-fund will be created for victims of violence.

Strengthening of the tailor shop in the Antula district
The sartorial production site is not only a workplace for women but also a meeting place where it is possible to become aware of one’s rights and to know who, where and when to report and how to take action to take back one’s future. The women who currently work in the RENASCER ALFAIATARIA tailor’s shop in Antula, a district of the capital Bissau, already trained in the production of masks and dresses, will be joined by new beneficiaries – appropriately trained by the tailor’s manager – to work on the making of clothes and other tailoring materials for a period of 12 months.

Awareness and exchange between social tailors in Italy and Guinea-Bissau
The “Mending the future” project aims to create a bridge between women and the social tailoring of Guinea-Bissau and the Manigolde initiative in Finale Emilia. Manigolde will organize three tailoring workshops in connection with Guinea-Bissau during which the African seamstresses will collaborate with the tailors of Finale Emilia for the creation of garments with traditional models and fabrics. In addition to the exchange of models for tailoring, the organization of a conference on sustainable fashion is planned in collaboration with Altra economy, local institutions, schools and migrant associations in the Modena area.

Manigolde will disclose all the actions of the “Mending the future” project through posts, videos and direct.

The project was entirely financed by 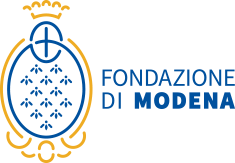 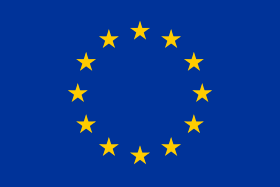 Change fashion! From fast fashion to a transparent and sustainable textile indus...

Health and safety for victims of gender-based violence