Promotion of the poultry sector in Guinea-Bissau (Project n° 2361)

Guinea-Bissau ranks at 178th place among 188 countries for HDI (Human Development Index) and national statistics show that 80.4% of population live below the poverty line.

Political instability has compromised the development of economy, which depends on the primary sector. Subsistence crops prevail, but they are unable to meet domestic needs. 70% of the country’s exports are dependent on cashew, of which Guinea-Bissau is the world’s 6°producer. The major economic activity is agriculture, which involves 85% of population; livestock farming is underdeveloped, despite its undoubted economic and food importance.

Considered a country with high productive potential for its rich natural resources, it is actually the poorest in Western Africa. The main causes are the isolation of the area, due to the almost total absence of asphalted roads, the fragility of agricultural sector, the lack of productive factors (seeds, fertilizers, and tools), inadequate technology, low technical skills and improper storage, which leads to almost 5% of crop losses.

This project is the natural continuation and extension of the three-year operation carried out by Mani Tese from 2015 to 2018.

The project aims to help structure the poultry sector in Guinea-Bissau by promoting socio-economic opportunities in this supply chain.

Help us raise funds to complete the project.

Support the construction of a mill to grind feed for chickens.

Participate in the preparation of a warehouse in which basic food for the community will be stored.

Help to donate a chicken coop to a family with all the tools and animals. 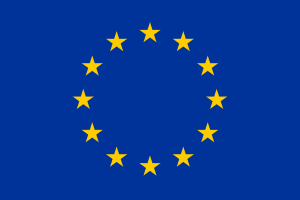