The third vaccination campaign in poultry farms has been completed: more and more families are participating and benefiting from the results.

In Guinea-Bissau agriculture is the main economic activity and involves 85% of the population. Rural families, however, practice mainly subsistence farming and for this reason most of them still live below the poverty line.

In this context, poultry farming represents a good investment sector, potentially profitable and that can be managed in complementarity with agriculture and the raising of other animals.

The problem is that local producers traditionally see poultry farming as a secondary activity and this leads to low productivity. In addition, there is a lack of knowledge, equipment, a good credit system and medicines (during seasonal changes high mortality rates lead to accentuated losses for farming families).

Mani Tese, with the project “Let’s sprout wings to development” co-financed by the European Union in the framework of the broader program Ianda Guiné, and in partnership with Instituto Marques de Valle Flor (IMVF), Asas de Socorro and University of Turin, wants to develop the poultry sector in Guinea-Bissau and has launched in recent months some vaccination campaigns for chickens of the beneficiary farms.

The goal is to increase food, nutrition and health security in the target regions of Guinea-Bissau by reducing chicken mortality and consequently increasing income in the intervention communities.

The vaccination campaigns are particularly directed against the spread of avian influenza and Newcastle (another type of infectious disease that affects chickens) and to date, thanks to the project, three vaccination campaigns have been carried out in the 6 regions of intervention, namely Gabu, Bafatá, Cacheu, Oio, Biombo and SAB.

“During the vaccination campaigns, geo-referencing of supported aviaries is also taking place – Oscar continued – This tool will allow local health authorities to respond more quickly and efficiently to disease outbreaks in geo-referenced regions, enabling appropriate biosecurity measures to be taken in a timely manner.”

A total of 240 households benefited from the third vaccination campaign (74 more than the previous campaign) and 11,000 birds were vaccinated against avian influenza and Newcastle disease. The increase in the number of households joining the campaign is a direct reflection of the success of the previous campaigns and their acceptance by chicken owners who have seen that bird mortality decreases significantly in vaccinated poultry houses.

Below are some photos from the vaccination campaign in the poultry houses: 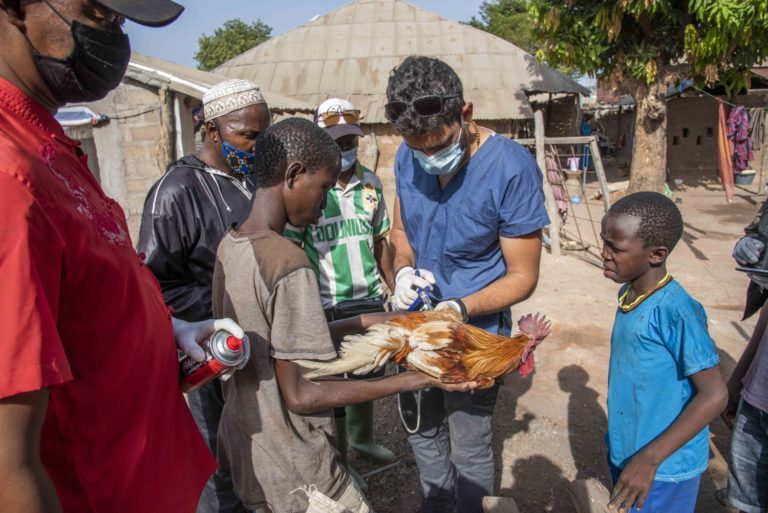 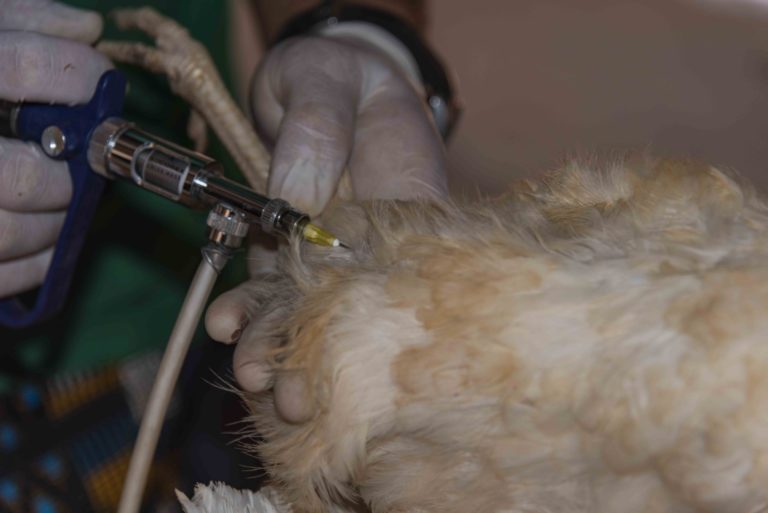 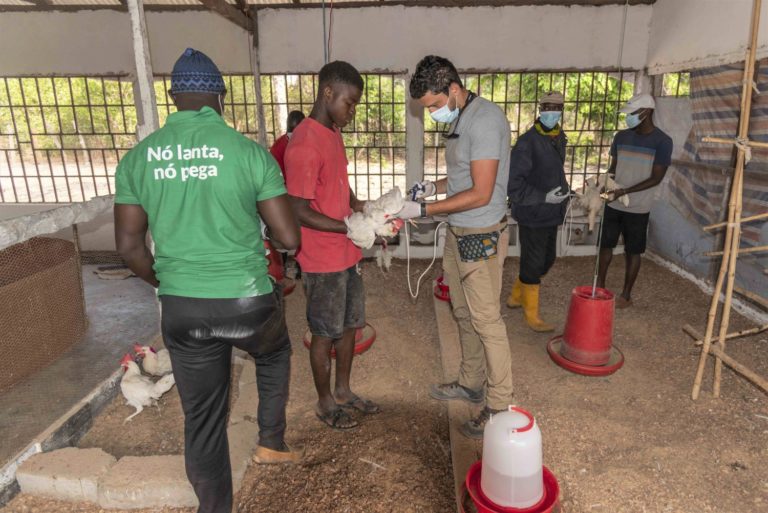 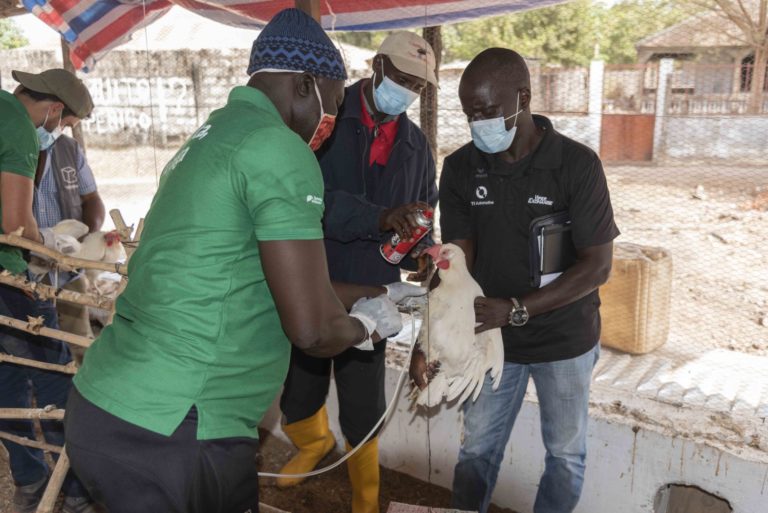 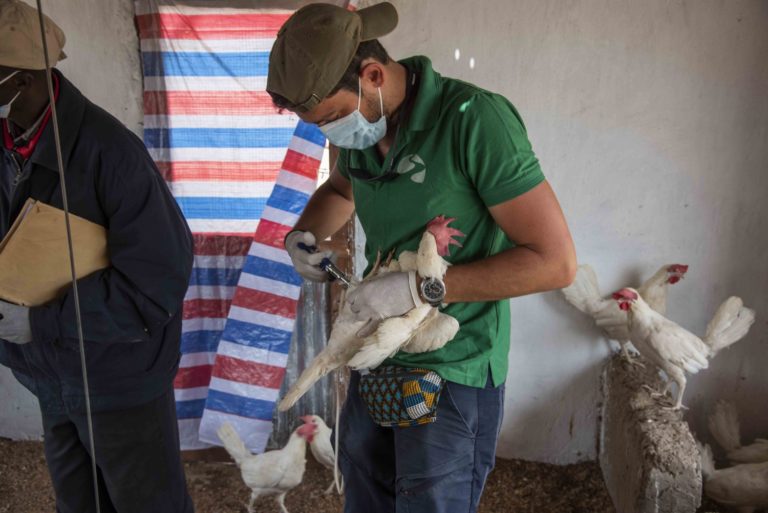 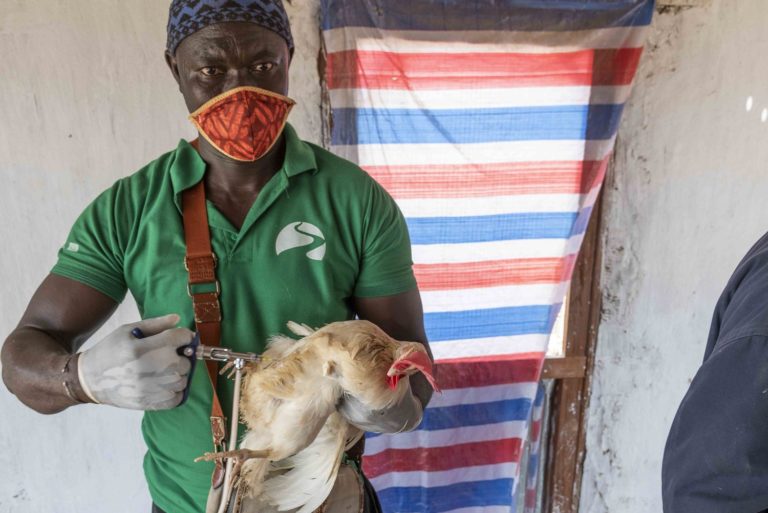 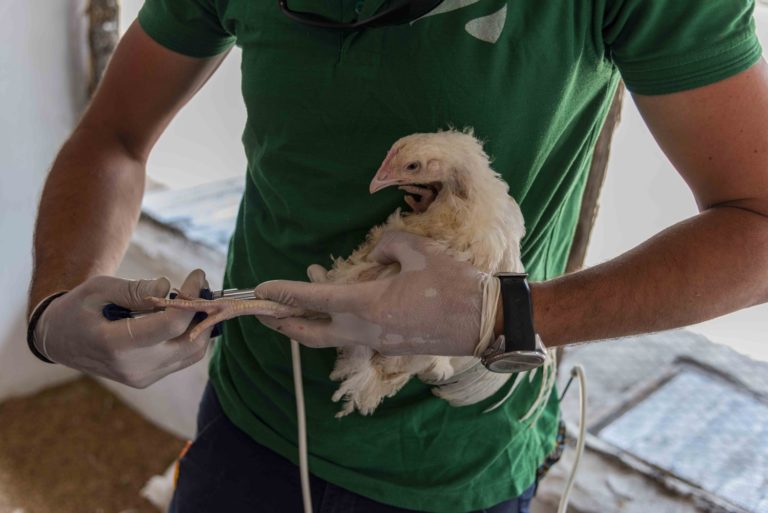 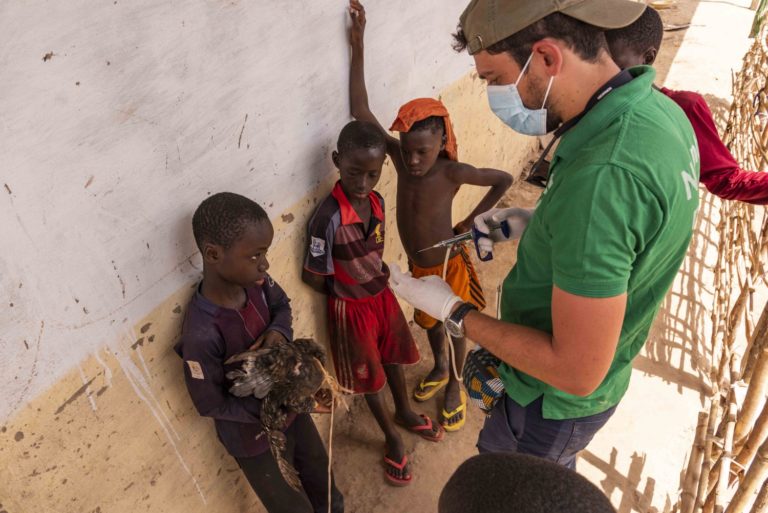 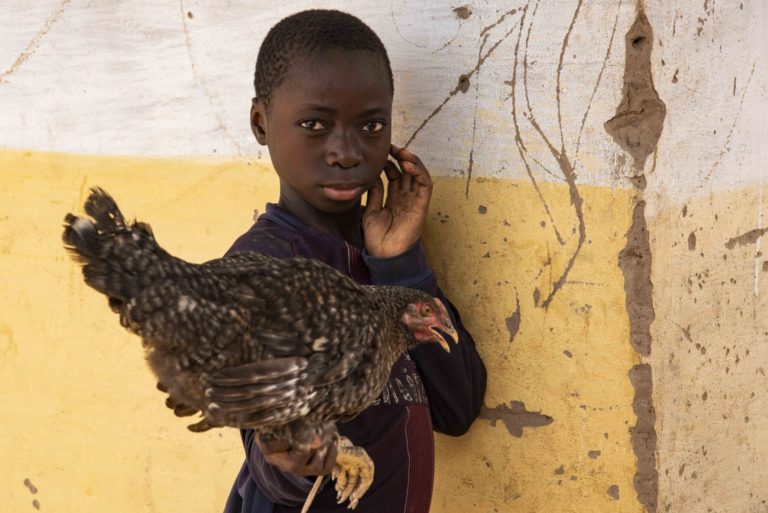 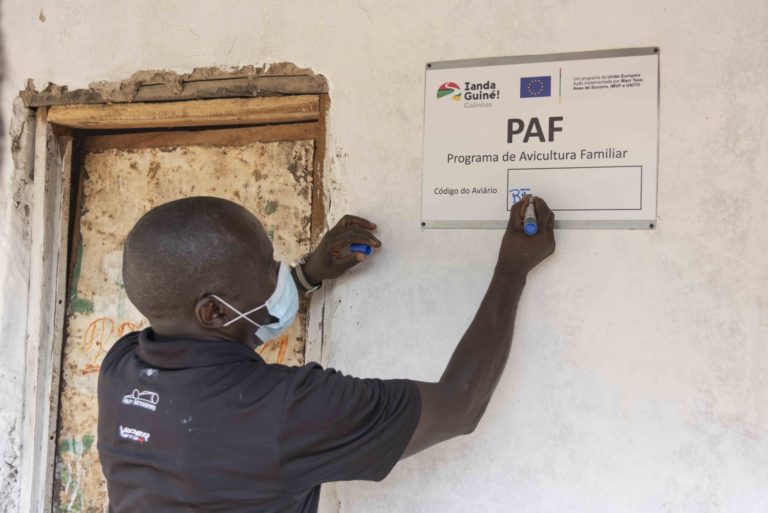 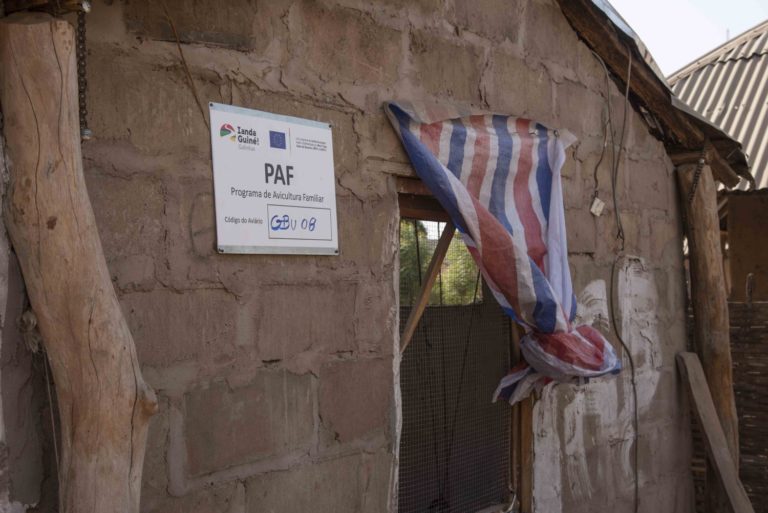 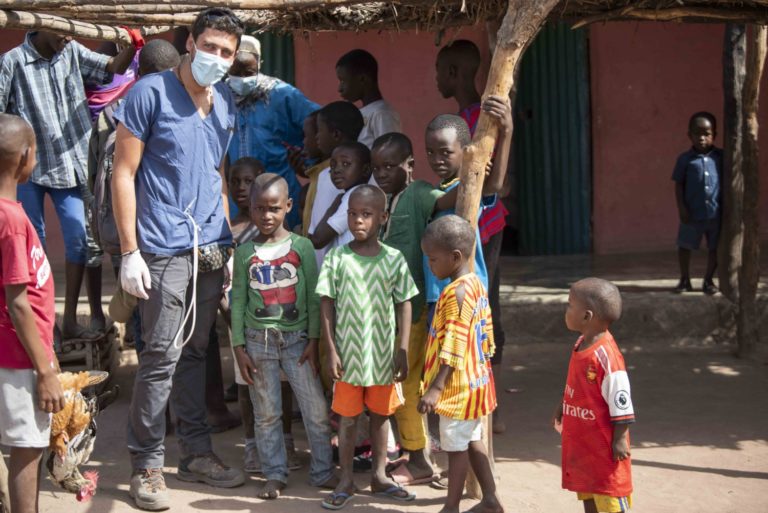