Every year in Italy about 130,000 minors leave school early.

As part of the “Children who are worth” project, we have created a small kit of illustrations to raise awareness on the complex phenomenon of educational poverty.

The “Children who are worth” project is co-financed by the social enterprise Con i bambini and intends to address the issue of early school leaving in terms of prevention through the involvement of all the subjects of the educating community, primarily schools.

From January 2020 you will hear about it often!

Find out more about the project and browse the gallery below: 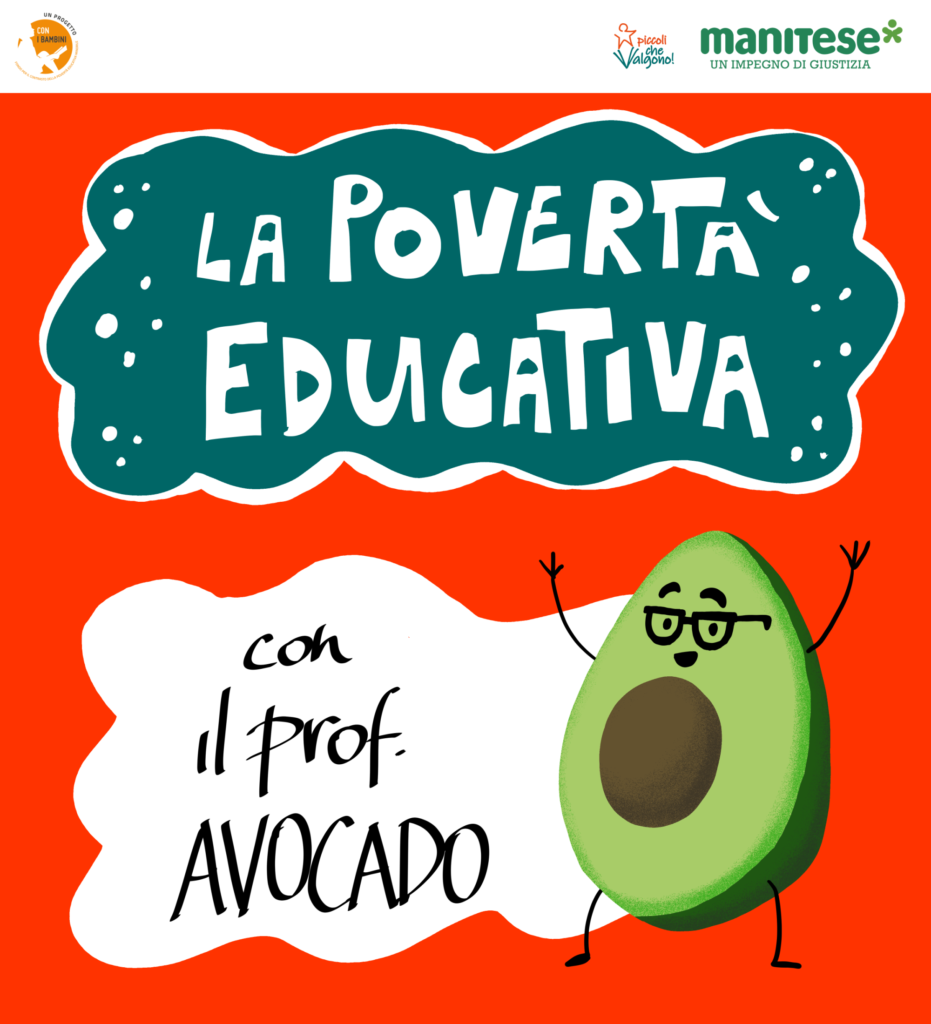 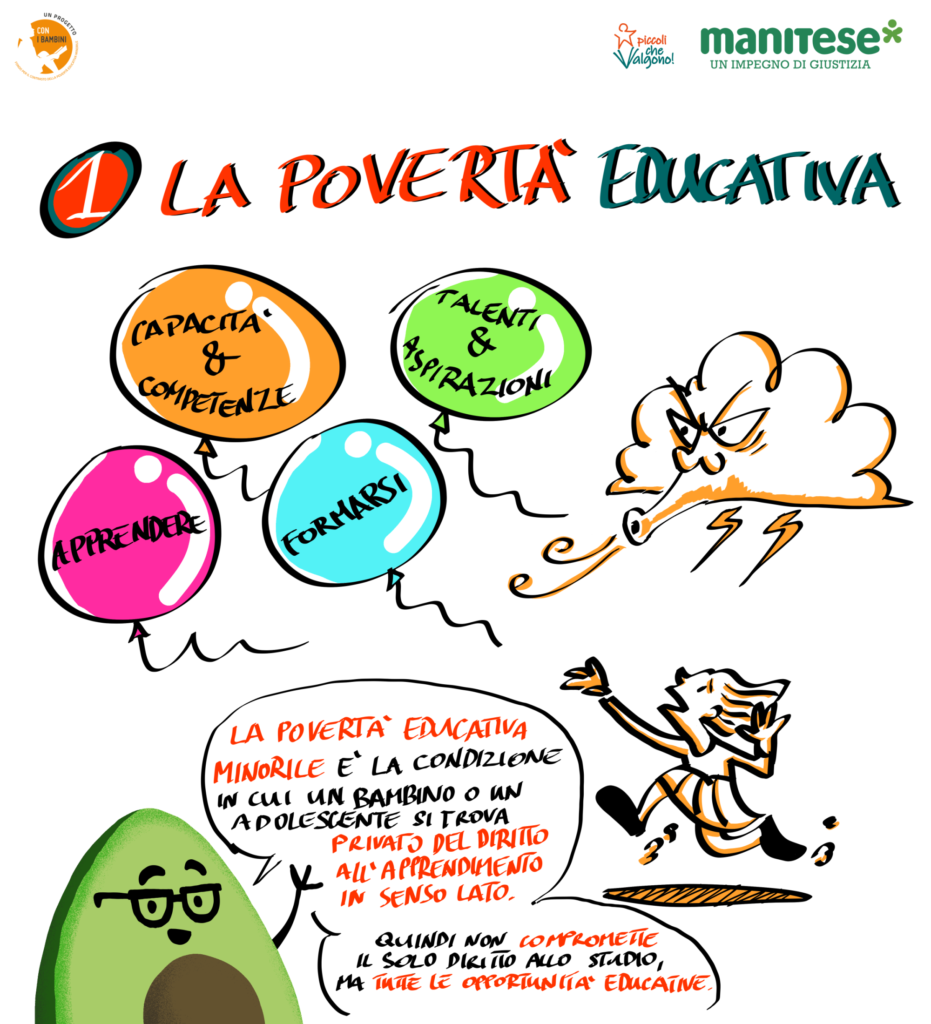 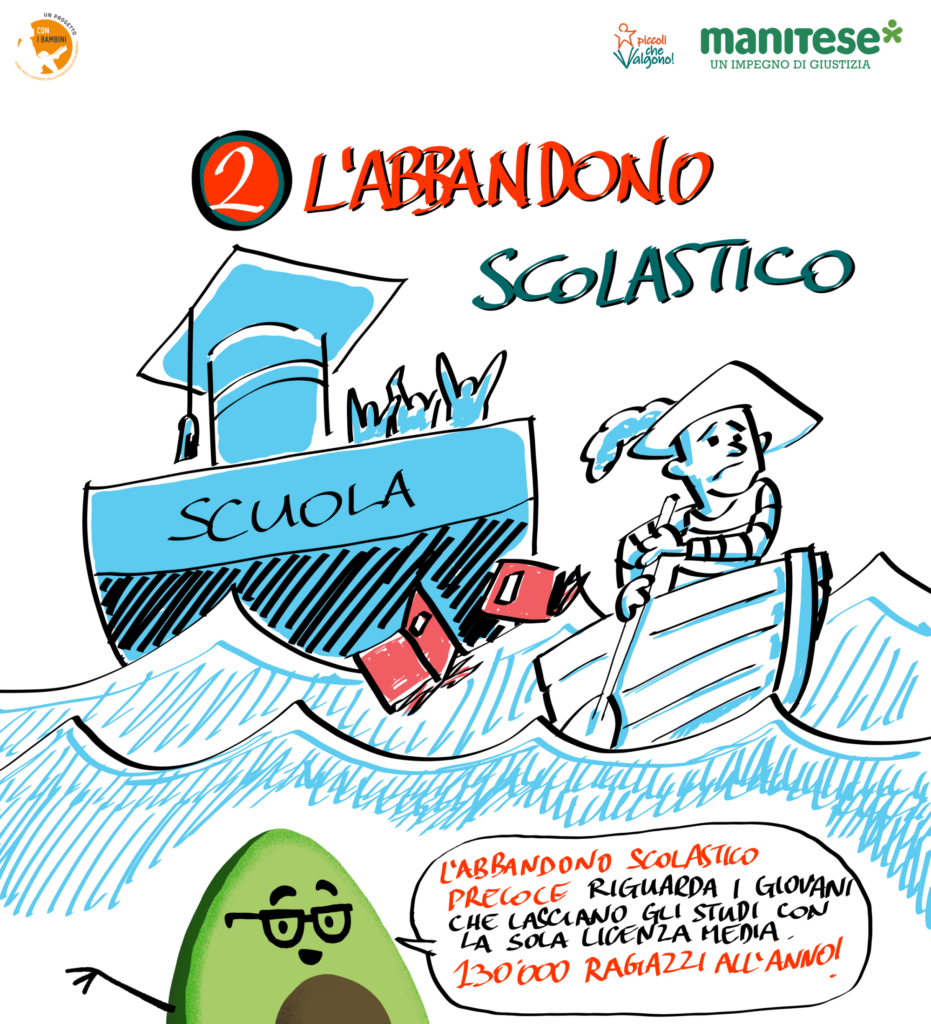 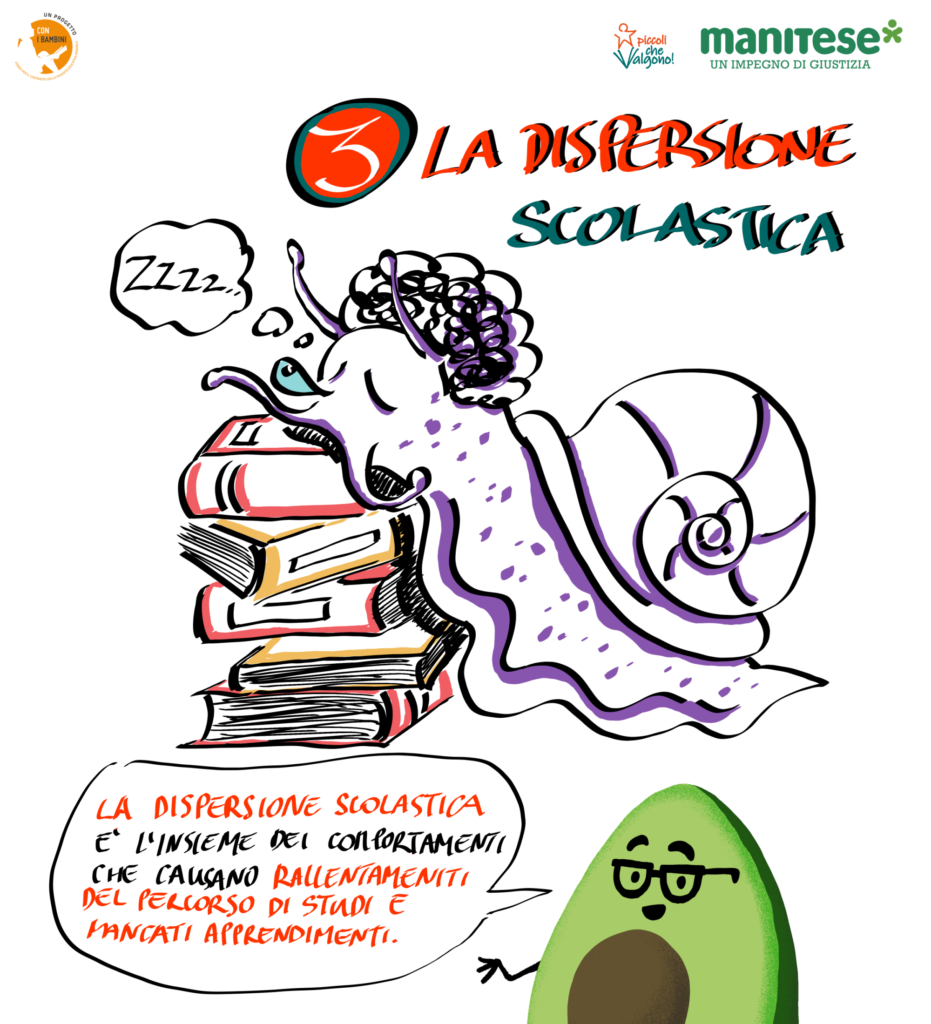 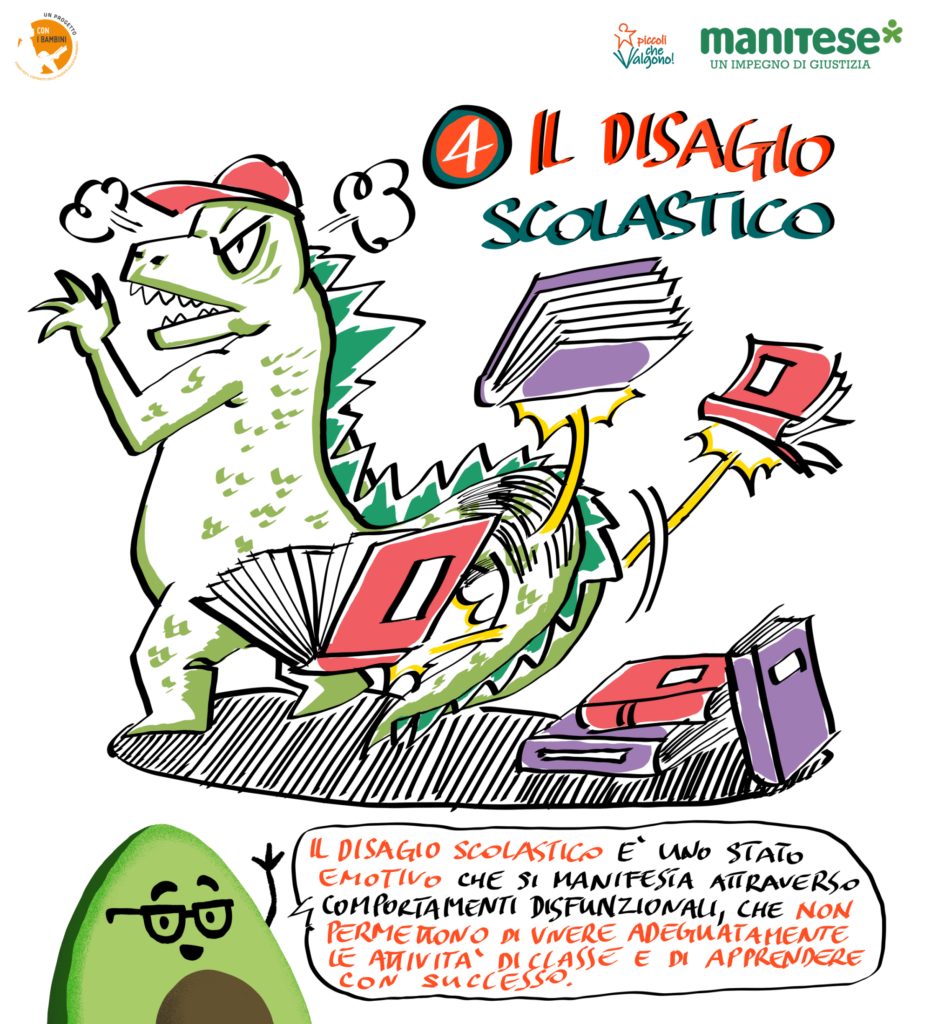 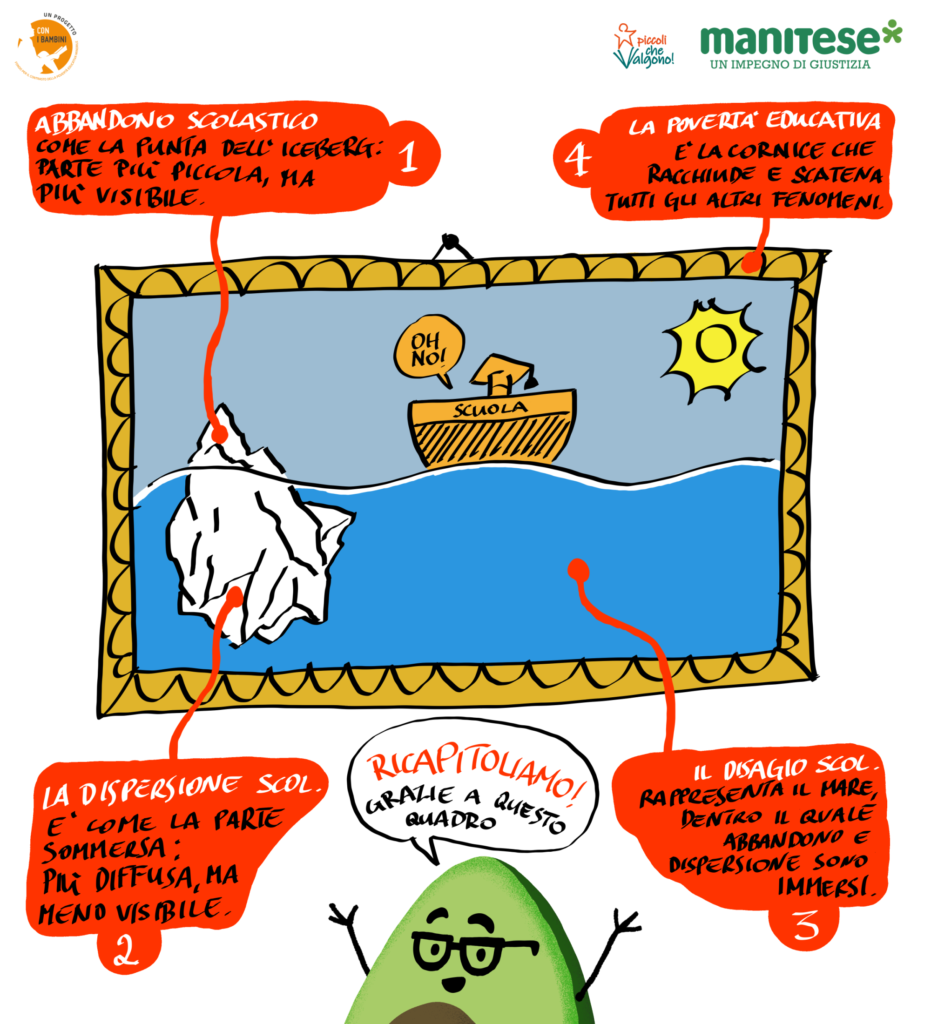 Saturday 2 September 2017 in Caldarola (Macerata) there will be an event that will see the meeting between two realities “stronger than the earthquake”. The experience of the Rulli Frulli band from Finale Emilia, an inclusion project that grew up in the difficult circumstances of the Emilia earthquake, will in fact meet the community of Caldarola hit by the earthquake. During the event, performances by the band will alternate with those of the young choristers of Caldarola and the Città di Appignano band body.

“The twinning with Caldarola was born when a municipal administrator, turning on the TV for the first time after many months from the earthquake of October 2016, found himself listening to the interview with our captain Federico on air on a national channel – explain the Rulli Frulli – interview in which he told how the earthquake of May 2012 that hit Emilia had directly involved the band as well.
That interview was the spark that gave us the opportunity to get to know each other and give birth to a brotherhood between two realities that had in common the warmth of solidarity more than the drama of the earthquake”.

The event is also promoted by Mani Tese Finale Emilia, at whose headquarters the Rulli Frulli band has built their own house. Here to deepen and support the project.

Below is the program of the event: 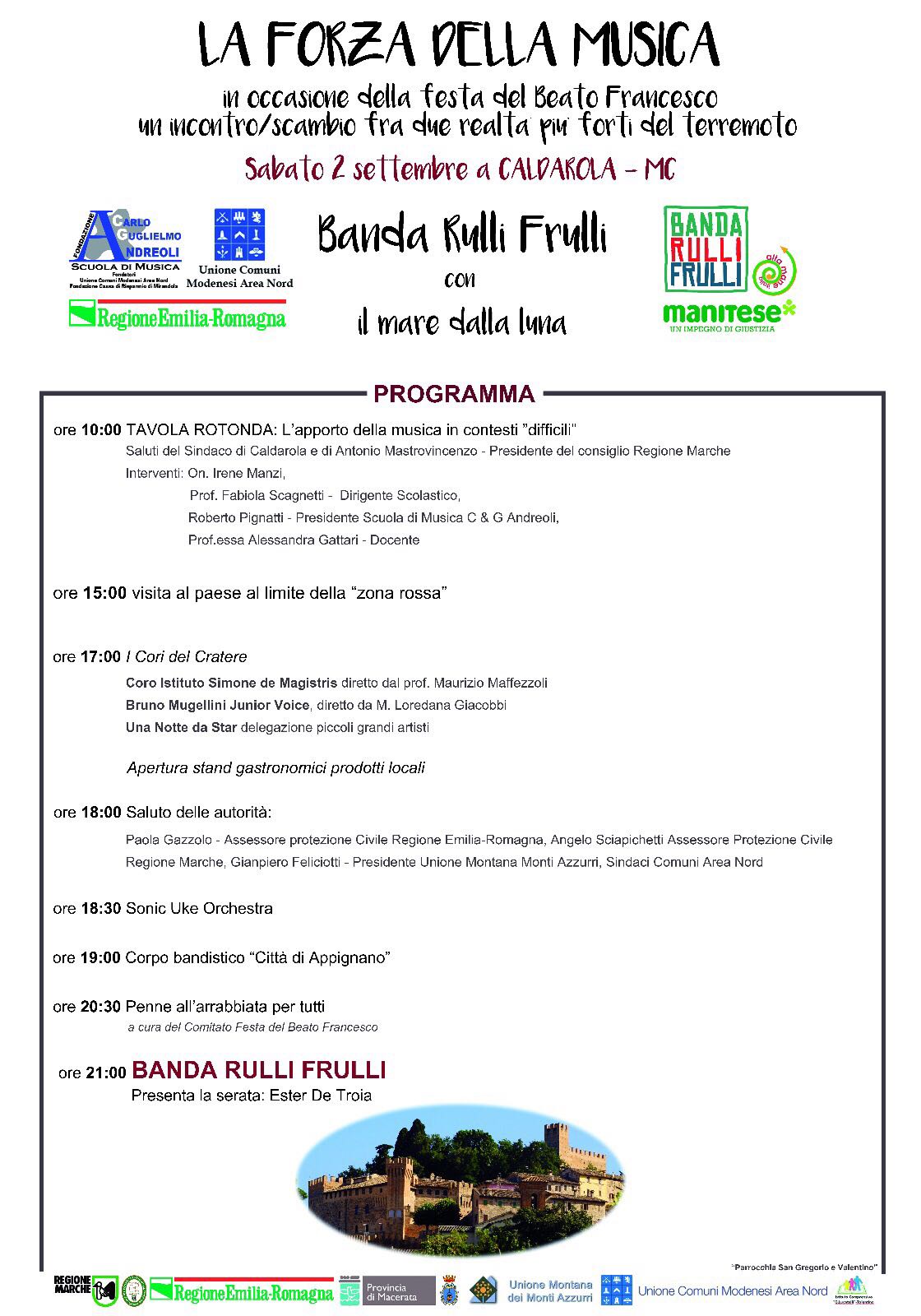